My father died on July 30th, 2013 and I intend to honor him, if I can, by writing a blog about him and his ideas every year.  First year,  Second Year, Third Year

His ideas still have use because his ideas are slow ideas. Moreover, his ideas have wider applicability if re-imagin-ed, judiciously.

Only the educated and self-educated are free.

“… Up to that time I had learned a lot, but not at school. I began reading when I was seven. Read (most of) a twelve volume set of books my parents bought, Journeys through Bookland. Read countless novels thereafter, day in and day out. I educated myself by reading books. Starting at age nine my family went to the library once a week, I checking out two or three novels which I would read during the week. Then, when I was sixteen, I read my father’s copy of Will Durant’s The Story of Philosophy. I read it over and over again, now and then re-reading his account of some of the philosophers.” [Turning Points, David West Keirsey, 2013]

“I mention Durant’s book The Story of Philosophy because it was a turning point in my life, I too, become a scholar as did Durant, thereafter reading the philosophers and logicians—anthropologists, biologists, ethologists, ethnologists, psychologists, sociologists, and, most important, the etymologists, all of the latter—Ernest Klein, Eric Partridge, Perry Pepper, and Julius Pokorny—of interest to me now as then.” [Turning Points, David West Keirsey, 2013]

When I arrived on the scene (about 30 years later) upon which my father and I started debating about ideas. He was well educated, and more importantly self-educated, in Philosophy and Psychology.  He considered himself to be the last of the Gestalt Psychologists at the end of his life.

Being a “hard” science kind of guy by nature but always being questioned by my “Gestalt” psychologist father, I always, in the back of my mind, questioned the basic assumptions taught to me in school — like the physics concept of “mass.” I couldn’t put my finger on exactly what was wrong or what issues were being finessed, for I figured that I was either ignorant or not bright enough to know better.

“If you don’t understand something said,
don’t assume you are at fault.”
— David West Keirsey

My father was called Dr. Matrix by his staff at Covina School District. He considered himself as an self taught expert in Qualitative Factor Analysis, because he had to have six semesters of statistics (quantitative and correlative) as a PhD requirement for psychology, and found that those techniques missed important factors and meaning.  Rather, he looked for systematic (and wholistic) patterns in human action, using the principles of Gestalt psychology.  I often would be his sounding board on his tentative propositions in characterizing the observable action patterns.

An extract from David West Keirsey’s Polarization of Intelligence, 1967.

However, he had decided that his PhD work was the wrong approach. He learned that trying to observe and measure something that is not directly observable: “thought”, was an impossible task and statistical measures didn’t help in resolving precisely the important factors and the corresponding relations.  In the process of analysis (taking things apart), you miss some of the properties of the whole system and its ecology (the person and his/her social field) including the surroundings CONTEXTS. 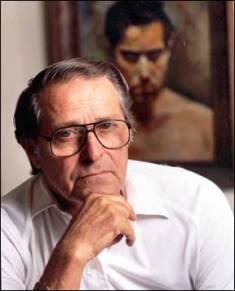 Hegel’s dialectic, a general of view of that “polarized” development as the “nature of things,” was in the background of our discussions and debates.  My natural interest and education in the STEM (Science, Technology, Engineering, Mathematics) and the up and coming Information and Computer Sciences, I argued for Informational Factor Analysis, but really implicitly believed and talked about Quantitative Factor Analysis via measures as a counterpoint to my father’s often rhetorical questioning and my naivety.

On the human species abuse and use of words and tools.

A Qualitative Matrix of the Four Temperaments

Bill Martin’s Depiction of the Tree of Life

The history of science has been the ebb and flow between the experimentalists and the theoreticians: the exact and the inexact, the qualitative and quantitative.

The progress of science is the discovery at each step of a new order which gives unity to what had seemed unlike. — Jacob Bronowski

Quantum mechanics, with its leap into statistics, has been a mere palliative for our ignorance  — Rene Thom

Robert Rosen, the theoretical biologist, addressed this debate I had with my father, and how scientists as a Kuhnian culture fought both each other and the evolving reality of the universe.  Rosen had said:

‘I have, much against my will, been immersed my whole life in one of the dualities, namely, the antagonism between “theory” and “experiment.”  My subject matter herein is another, in fact closely related duality, that between “hard” science and “soft” science, between quantitative and qualitative, between “exact” and “inexact.”

This duality is not to be removed by any kind of tactical accommodation, by any superficial effort of conciliation or ecumenicism.  The antipathies generated by the duality itself are only symptoms of a far deeper situation, which has roots partly in specific matter, partly in individual aspirations, and most important, in embracing of mutually incompatible weltanschauungen [world view], which reflect the deepest aspects of temperament and personality.  It is thus not a matter of logical argumentation or persuasion that is involved here; it is a matter more akin to religious conversion.

In what follows, I discuss the duality between qualitative and quantitative.  As we will see, in the sciences this dichotomy rests on (generally unrecognized) presuppositions themselves have formal, mathematical counterparts, which allow us to reflect this scientific dualism into an exactly parallel one that exists within mathematics itself.  This mathematical form of the dualism is centered around the notion of formalization; it can be expressed as the duality between syntactics and semantics; between what is true by virtue of form alone, independent of any external referents, and what is not. [Robert Rosen, Life Itself, Praeludium, page 2] [my emphasis]

So I intend to use my father’s methodology, Robert Rosen’s perspective, some judiciously choosen conventional science and mathematics, and use a systemic approach, combining both the quantitative results of science and the qualitative ad-hoc frame-works of science, mathematics, and information science into an integrated weltanschauungen of  Relational Complexity and Comparative Science.

Every scientist’s given is another’s analytic goal
— Susan Oyama
The remarkable thing is understanding never stays put.
It is important always to get a new understanding
… … … understanding can be improved
— Saunders MacLane

Currently, there is no firm semantic connection between Albert Einstein’s General Relativity “theory” (GR) of the “large,” and Niels Bohr’s applied use of Planck and Einstein’s notions of the LichtQuant (photon) and blackbody radiation (Quantum Theory) of the “small”.

Judiciously choosing the one guiding, overall framework, with many other frameworks integrated, I made the following  correspondence (not a correlation) with the 27 Sporadic Groups (including the Tits Group) to conventional physics and particle physics “concepts” that have been “observed” (partially through Quantum Mechanics)  in the last hundred years.

My father essentially had one methodology, the Gestalt, and one frame work: human action as a guide to understanding things.

However, standing on his shoulders (and Newton, Margulis, Darwin, Rosen, Einstein, Prigogine, Dirac, Planck ..)  and under-standing things using a dynamic multiset of frame works that complement and add to each other systemically, one can get a better understanding.

“Give me a fruitful error any time, full of seeds,
bursting with its own corrections.
You can keep your sterile truth for yourself.”
— Vilfredo Pareto

Dr. David Mark Keirsey is a scientist that is interested in how and why the world works. The first half of his professional career was as a Computer Scientist, specializing in Artificial Intelligence. Notably, he was part of a team who created the software for the first operation of an autonomous cross-country robotic vehicle. In the current latter part of his career, he has broaden his interest to include all of science, mathematics, computation, and the history and future of the world. His plan is to write at least three books, two of which are tentatively called Mathematics Itself and Existence Itself. The third is a book on Leadership. Currently he is part of a web-based company, Keirsey.com to develop interactive team and human personality tools based on his father's best-selling work on human temperament. He is a Architect Rational in temperament.
View all posts by Keirsey →
This entry was posted in History of Temperament, in memoriam, out of the box, Rational and tagged David Keirsey, tribute. Bookmark the permalink.