Audio Track 18:  Dr. Keirsey talks about an assignment to pick a behavior that could be considered a mad tactic.

Professor Keirsey had his lecture course on Madness taped on cassettes in 1982.  They were rediscovered after his death by chance and some sections of the tapes were partly recovered. This post is the edited eighteenth audio track.  The eighteenth is and will be the last.  There are no other tracks recoverable.

Track 1:  The beginning of History of Madness lecture course

He surveys the idea of madness “as far back as we can go”.  In these last few recovered lectures, he talks a little about his theory of madness: which he called at the time, “Wholistic Theory of Madness”  based social field theory and Temperament.  He continued to work on his theory (off and on) for the next 30 years.

Once asked what was the most important thing he wanted people to get from his work, he said:

“I want people to understand that there is no such thing as madness.” 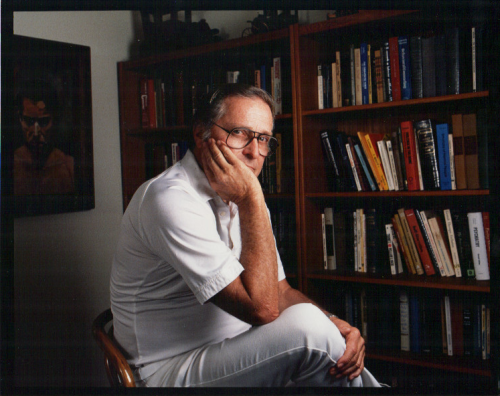 This track he talks about an assignment for the people in the class.

Choose “mad” behavior of the labeled patient: translate into German and Latin.

Qualifies as a form of madness: show how it is unreasonable, unpleasant, and unceasing.

Speculate (guess) what it does for the labeled patient: what does he/she get out of it.

What other tactics are used by the labeled patient?

Dr. David Mark Keirsey is a scientist that is interested in how and why the world works. The first half of his professional career was as a Computer Scientist, specializing in Artificial Intelligence. Notably, he was part of a team who created the software for the first operation of an autonomous cross-country robotic vehicle. In the current latter part of his career, he has broaden his interest to include all of science, mathematics, computation, and the history and future of the world. His plan is to write at least three books, two of which are tentatively called Mathematics Itself and Existence Itself. The third is a book on Leadership. Currently he is part of a web-based company, Keirsey.com to develop interactive team and human personality tools based on his father's best-selling work on human temperament. He is a Architect Rational in temperament.
View all posts by Keirsey →
This entry was posted in The History of Madness and tagged David Keirsey, History of Madness. Bookmark the permalink.